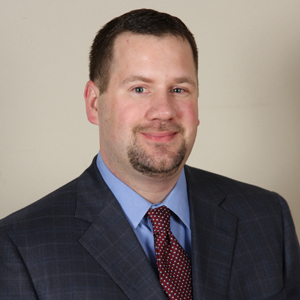 As we rang in the New Year, the three C’s – China, Commodities and Central Banks, continued to dominate the news wires and fueled volatility in equity markets.   2016 started off on a sour note as investors poured out of risky assets, oil plummeted, the Bank of Japan implemented negative interest rates on excess reserves for the first time ever and Europe suggested it would cut rates further into negative territory.  This in addition to fears of a global recession led to a decline in the S&P 500 of -5% in January and then another -5.73% sell off in the first part of February to leave the index down over -10% in just a few short weeks.

In steps Janet Yellen to the rescue.  Thanks to some cautious comments from the Fed Chair, an oil price reversal and some decent economic data, the selloff was short lived.  The markets staged an impressive rally of almost +13% from the February 11th low to close the quarter out with a slight gain of +1.35%. Considering the market had one of its worst starts in history, this was an impressive feat.

Utilities and telecoms were the big winners in the quarter with both sectors up almost +15% while financials and healthcare were the only two losing sectors, down -5.6% and -5.9% respectively.  The energy sector posted a gain of +3.1% for the quarter which was the first positive quarter for that sector in the last seven (21 months).

The fixed income markets, as measured by the 10 Year US Treasury, continued to exhibit relatively high degrees of volatility.  Yields began the year at 2.27% (the high for the quarter), fell rapidly to 1.66% in early February (the low for the quarter), and meandered back and forth from there to end the quarter at 1.77%, down one-half percent on the quarter.  Aided by the drop in yield, the Barclays Intermediate index managed to post a total return gain of +2.45% in the quarter.

Fears of a recession here in the U.S. that sparked the selloff in the stock market and rally in the bond market at the first of the year have ebbed, but the backdrop of sluggish growth around the globe hasn’t changed.  The U.S. economy continues to weather the global storm.  It’s not booming, but there are few signs that point to an imminent recession.  We do expect corporate earnings to struggle the remainder of the year due to the massive losses in the oil patch.  Given the current valuations in the stock market, we do believe earnings improvement will be needed in order to justify further gains.  Times like these require patience.

This time each year we share with you our Privacy Policy and statement of material changes to our ADV II.  Both of these documents have been included with your report.  If you would like a complete copy of our ADV II which we file annually with the Securities & Exchange Commission, please let us know and we will promptly send it.

As always, we appreciate your trust and confidence in our firm and we look forward to serving you in the years to come.