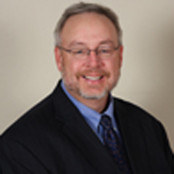 What a way to start to the year! The major averages broke new ground registering new all-time highs, eclipsing the highs set back in October 2007.  The S&P 500 ended the quarter at 1575, surpassing the old high of 1565 set on October 9th, 2007 and prior to that, 1527 set on March 24th, 2000.  The Dow Jones Industrial average ended the quarter at 14,700 screaming past the old high of 14,164 set on October 9, 2007 and prior to that, 11,723 on January 14th, 2000. Though the media has dubbed this time period the “Lost Decade” (even though it’s actually a bit longer than a decade), I would argue that really all wasn’t lost.  The index numbers reported on the nightly news track principal movements only.  They do not include the income that is produced by dividends.  Although it may appear as though equity investors earned nothing the last 13 years, actually the equity market as measured by the S&P 500 index produced a return of +2.75% annually since the highs in October 2007 which equates to a total gain of +20% and a +2.12% annual return (+31.44% total gain) since the highs in March 2000 .  A paltry return by historical standards for equities, but much better than zero like many might think.

All sectors of the market participated in the 1st quarter rise with the healthcare sector leading the way up +15.22%, leaving the sector up +22.41% over past 12 months.  The laggards were materials and technology which were up only +4.17% and +4.21% respectively for the quarter. The same sectors lagged the last 12 months with technology declining -2.66% due mostly to the pull back in shares of Apple and materials were the second worst performing up only +5.72%.

On the fixed income front, no doubt we sound like a broken record here, but volatility continues as the Fed marches on with Quantitative Easing “Infinity.”  Rates on the 10 Year Treasury began the year at 1.75% and topped 2% by the end of January.  Late February into March, rates fell (prices up) to 1.85%.  Then on March 11, rates peaked for the quarter at 2.06% on the 10 Year.  End of March?  Back down to 1.85%.  Total change for the quarter, up 10 basis points.  Not unexpectedly in the midst of this volatility, the total return for the Barclay’s Intermediate Government/Credit Index was only +.26% for the quarter.

The economy continues its tepid growth clocking in an annual rate of growth of only +0.4% in the 4th quarter of 2012 and +2.2% growth for all of 2012.  Last year was a bit better than the 1.8% growth in 2011, but not by much.  The marked slowdown in the 4th quarter was attributed to reductions in inventory and cuts in defense spending, and also hurricane Sandy slowed things down in the heavily populated northeast part of the country.

Thanks to tax increases and automatic government spending cuts that started taking effect in March, the Congressional Budget Office is predicting our economy will grow even less in 2013, up only +1.5%.  Even with the tax increase and spending cuts, the economy is still showing signs of growth.  February existing home sales rose to their highest level in nearly three years and builders are building more houses and apartment complexes.  Also home prices jumped in January by the most since June 2006. Unemployment is holding steady at 7.7% and consumer spending continues to grow just south of 2%.  We will get a clearer picture later in the month when the first look at first quarter growth is released.

As is usually the case, the market typically climbs a “wall of worry” such as the current economic and political uncertainty.  Remember, the market is always forward looking and our investment philosophy seeks to identify attractive investments based on sound fundamental research that can weather the storms.