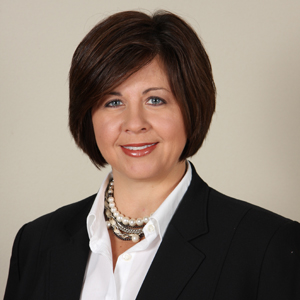 So much for the calendar year or election cycle prognostications.  The past year was supposed to be a good one as years ending in “5” have nearly all been good and the third year in a presidential term has historically been the strongest.   2015 was anything but, as investors focused on plunging energy prices, the strong dollar, Fed lift-off, and the turmoil in the Chinese economy.  The S&P 500 crossed the flat line a record 26 times during the year and eked out a slight gain of +1.38% when including dividends.  Price only return for the index was a negative -.78%.

Similar to 2014, 2015 was an unusual market with the major indexes masking underlying weakness.  According to Bespoke Investment Group, even though the S&P 500 posted a slight gain, the average stock in the index was down -3.8%.  Smaller stocks fared terribly with the 50 smallest in the S&P 500 down -11.9%.  Growth stocks (faster growing, higher price/earnings multiple) far outpaced value stocks by a whopping 9%.  Companies that paid little or no dividends performed much better than income producing companies.  The decile of stocks that started the year with the highest dividend yields were down -14.6% and those which pay no dividend were up 3.9%.

Corporate earnings struggled the last 12 months in large part due to the strong dollar and weak commodity prices.  We expect those moves to moderate in 2016.  We are hopeful commodities are close to or have found a bottom.  We don’t expect the dollar to weaken considerably in 2016 given the path of interest rates, but we also don’t expect it to strengthen to the degree it has the past couple of years.  This should allow for better earnings comparisons for large multinational companies this year whose sales and earnings have struggled under the weight of the strong dollar.

The Fed finally did it…on December 16th they hiked short term interest rates for the first time in almost a decade.  What’s odd is the market doesn’t care.  Rates all along the yield curve are basically flat since the hike.  Actual Fed Funds continue to trade below the Feds stated preference of 25 basis points.  Just like a bad movie, the economic data shifted under their feet right after the hike and China began to weaken further.  Rates on the 10 year rose during the quarter from 2.04% to 2.27% and for the year from 2.13% to 2.27%, essentially flat with the ever-present volatility.  Total return on the Barclays’s Intermediate Government/Credit Index in the 4th quarter was negative -.69%, bringing the 2015 total return to a paltry +1.07%.  Gone are the days of high single digit returns in the bond market due to falling interest rates.  The coming years will be challenging in the bond market as rising rates will crimp returns and a fine balance will need to be struck between maturity and yield.

The U.S. consumer is starting the year in the best shape in years with wages on the rise, unemployment is at a 7-year low, gas prices are dirt cheap, inflation remains tame and interest rates are still incredibly attractive in spite of the Fed lift-off.  These positive factors should help the U.S. economy continue along its slow and steady pace of growth we’ve been experiencing since 2009.  The markets have had quite a volatile start to 2016 with equity markets selling off hard and bonds rallying due to the turmoil in China and the claims of another successful hydrogen bomb test coming from North Korea.  We don’t expect this pattern to continue the rest of the year.  We expect bonds will struggle if the Fed follows through with their plan of raising rates 3 to 5 times this year.  Stocks aren’t overly expensive when measured against historical metrics but they’re also not cheap.  Should the slowdown in China spill over to the rest of the globe, the bond market will do fine but the equity markets will struggle.  We remain focused on companies with strong balance sheets that will be able to weather an economic slowdown should it come to pass.

We wish you a happy, healthy and prosperous new year.