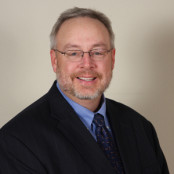 The equity markets clocked in another positive quarter with the 4th quarter gaining +4.93%, ending the year with a total gain of +13.69% as measured by the S&P 500.  In spite of the impressive index gain, not all stocks had a good year.   When breaking down the return components, it’s easy to see a lot of the performance came from just a few of the mega cap stocks that performed well (such as Apple, Johnson & Johnson, Intel, Microsoft and Berkshire Hathaway) while 122 of the 500 stocks in the index ended in the red.  The worst 50 performing stocks in the index lost an average of -24.42%.

Sector performance was perplexing as well.  Utilities led the market, rising +24%.  Healthcare was the second best performing group, up +23%.  With rising interest rate expectations, it was a surprise to many that the interest rate sensitive utility sector performed so well (us included).  The worst performing sectors for the second year running were energy and telecom down -9.99% and -1.91% respectively.  It’s rare to see such a vast difference between the best and worst performing group, which was an astounding difference of 34%.  Global diversification did nothing to help portfolios in 2014 (the third year running) as the U.S. market was one of the few around the globe that performed well.  The international stock index EAFE lost -4.22%.

The market made it another year without a 10% correction.  It now stands at 1,195 calendar days without a double digit correction which according to BTN research is the 4th longest stretch in the last 50 years.  The biggest surprise of 2014 was the rapid and steep decline in the price of oil.  Crude ended 2013 at $98.42 a barrel, rose to a 2014 closing high of $107.26 on June 20th and the fell dramatically over the last six months of the year to finish 2014 at $53.27 which is a decline of -50% from the peak and -46% from a year ago.  Crude continued its decline after the first of the year and trades at $49bbl currently.  Another unexpected gift was the rising dollar.  The greenback recently hit a 9 year high with the euro exchange rate ending the year at $1.21 per euro, so if you’ve been thinking about a European vacation, 2015 might be a good year to pull the trigger (for reference: in 2008 it cost $1.58 to buy a euro).  A stronger dollar can be a double-edge sword, since it increases the cost of our exports to overseas buyers but with the U.S. economy being predominately consumer based, the strengthening dollar should be a net positive.

The ten year Treasury began the year yielding 3.03%, declined (bond prices up) steadily but choppily through the end of August to around 2.35%, spiked back to over 2.60% in the first two weeks of September, back down to a 2.16% four weeks later, and after some more roller-coaster action finished the year at 2.17%.  Rates were down 86 basis points on the year.  This brings the total return for the Barclay’s Intermediate Government/Credit Index to +.89% for the fourth quarter and to +3.13% for all of 2014.

With 2014 now in the record books, it’s time to look forward to 2015. It appears the U.S. will again be the bright spot in the global economy.   Consumer spending (which accounts for about 68% of GDP) should remain healthy thanks in part to lower energy prices and a strong dollar.  Capital spending (excluding the energy sector) should pick up in 2015 as capacity utilization recently ticked up over the critical 80% level and the average age of fixed assets is at its highest level in over 50 years.  U.S. unemployment continues in the right direction, currently standing at 5.8%.  The European Union and Japan continue to struggle with low growth and China’s breakneck growth is cooling.

Decisions by the Fed will be something that could cause fits and starts in the asset markets this year, but taking a look at history suggests equity markets have done well around initial rate hikes.  Fixed income markets will likely not fare as well.  Consensus seems to be the first Fed move higher will come in the fall, but that will certainly be dependent on how the economy plays out.  One thing for certain is there will be a number of surprises in 2015 just as we had several in 2014, 2013, etc. Our focus remains on selecting stocks and bonds of resilient companies that will perform over a long-term market cycle.